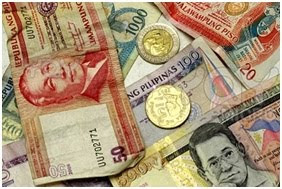 It’s been almost six months since authorities in Southeast Asia have been working together to detain a major net of criminals operating from Taiwan to Indonesia, from Vietnam to the Philippines. This organized group of criminal scammers worked using low profiles by renting apartments or houses whose only request was to have a broadband connection. In that way, this international group of mobster were able to contact their victims through an internet telephone line such as those provided by Skype, leaving no trace of their location and making it hard for authorities to locate and prosecute them.

According to Philippines private investigators, the criminal net had over 600 members located along the islands of Southeast Asia, and they would make phone calls over the internet to many victims in China, Taiwan, the Philippines and Vietnam, and target developing countries such as the United States, Canada the U.K. and Australia. Scammers in the criminal ring would pose as an official agency or official to extort money from victims, explain Manila based Philippines private detectives. It was hard to determine the identity and location of the criminals because details of the scam varied from one country to the next, and all lines used were internet phones, such as Skype. Con artists used various techniques and scripts to extort money from their victims. Some caller claimed to be local police or government officials, or to be conducting a census, anything to get personal data to be used to steal the victim’s identity. Other callers in the criminal operation would claim to be from a bank, and get the victim to reveal his bank account details over the phone. These criminals worked around the clock for month, and the damage done is estimated to be over $1 million USD. Fortunately, investigators were able to shut them down.

International private investigators say the group in Taiwan collected victims’ bank accounts and phone numbers and pass them to the teams in Vietnam and the Philippines, where they would call victims and ask them to transfer money to a bank account in Thailand. “The tactics used were to surprise the victim, by scaring the person by saying their bank account or credit card had been accessed," a Manila private investigator, explains. Although most people are aware of the risk for fraud and scams, criminals continue operate successfully, and law enforcement is struggling to keep up with the growing threat.

Although the internet is a vast camp for criminals, this time it was possible to trace the callers and arrest them because authorities worked together and more importantly, victims made a big effort by informing law enforcement and cooperating with cases. Working together made the arrests possible. Law enforcement and Philippines private detectives warn never to reveal personal information or financial data to anyone via the internet or phone who has not been verified. If you’re not sure, ask if you can call the bank or government office bank, or contact them through the official website. This way you can be sure you know you’re dealing with the actual agency or financial institution, and avoid fraud.