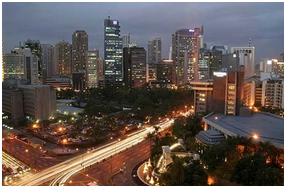 There’s no stopping for private investigators trying to solve multiple cases of internet fraud and scams from the Philippines. It’s been an ongoing problem and it just doesn’t seem to improve. As the internet evolves, fraudsters move ahead with and adapt to the most sophisticated methods possible to fool internet users around the world. Whether it be business fraud, romance scam, Filipina bride scams, dating scams, phishing scams, PPC fraud or identity theft, the Philippines ranks among Nigeria as a global scam capitol.

Poverty and poor education has made the Philippines a high risk nation for fraud that permeates all levels of society. Many unscrupulous men and women in Manila and Cebu, to all corners of the island nation, have found that cheating foreigners offers an alternative way to get money easily and with little risk of getting caught. The sad story perhaps is that most criminals are young people trying to get funds not necessarily to prosper, to invest, or to pay for college, but rather to use drugs and alcohol consumption.

In some cases, Philippines private investigators have joined forces with the National Bureau of Investigation and the Philippines National Police in the Philippines and other security forces in Manila, as well as with neighboring Asian countries such as Malaysia. (Malaysia is one of the fastest growing countries in the world for internet scams and fraud, and could soon surpass the Philippines). Malaysia, Thailand and Taiwan have been able to prosecute criminals that have committed major fraud cases. With each success story and arrest, however, there are 20 to 50 reported new cases of major internet scams. The fact is government and law enforcement agencies in Southeast Asia are ill-equipped to combat such internet scams.

The types of scam and fraud cases are seemingly endless. In some cases telemarketing type callers will contact potential victims claims to be government agents, informing the person that there are fees or taxes that are past due. When fraud and scams don’t work, criminals are turning to extortion, claiming to have dirt on the person and will threaten to damage his or her reputation, costing the person his or her job. The NBI in the Philippines has increased its cyber crime division, but professional Philippines detectives say it is too little too late. Criminals seem to understand this also, and they conduct crime openly from internet cafes and in many communities, it is an acceptable way to make a living, believe it or not. Poverty stricken areas tend to look the other way when young people turn to internet scams and prostitution. Anything to survive they say, and many locals claim they have no other choice. Experts say poverty and corruption is a factor, but never an excuse. For honest and hardworking individuals, there is always opportunity.

Investigators, law enforcement and the media have been emphasizing on the proper ways that people can keep themselves safe by using common sense and not being so open to strangers, above all, not sharing personal information that may put themselves at risk. If you’re communicating via Facebook, Filipino Cupid, Match.com or similar site, be safe and never reveal your full name, address and date of birth and photos. This information together is nearly enough to have your identity stolen. Be safe and skeptical.

Remember that if you’ve never met the person in real life, and have been only communicating via the internet, there is no way to know for sure if the person is legitimate. Experts advise a comprehensive background check by a reputable private investigator to minimize your risk. Verify the individual and then decide. Philippine background checks, due diligence or surveillance at the right time can save you a lot of trouble and unpleasant experience. Play it safe in the Philippines and verify.