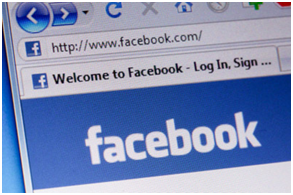 The social media world was shocked recently when they learned of the new so called security measures Facebook announced effective October 1, 2011, when Zuckerberg’s largest internet network started to shut down all profiles that are not supported by a secure server application or an “https” URL extension. The announcement comes in response to much criticism and concern over Facebook’s lack of privacy protection for its users, and its use of user data.

A spokesperson at Facebook claimed that it is one of the measures the company will take to prevent users from hacking and identity theft, after two years and probably a million complaints from users about the lack of security on the network, and how exposed users were.

The application is meant to “certify” companies and applications (apps) pages that are hosted in Facebook and basically use the “Welcome application” or iframe in their profile page. Pages for individuals will not be required to be in the SSL (https) format. Company pages, according to Facebook, will be dropped from the network, however, if they are not in a SSL format.

Most internet users know that out of those 500 - 750 million Facebook users, millions could be fake profiles or security profiles users open to a) keep their real identities safe or b) scammers taking all your money. There is one thing we know for sure, companies like GoDaddy are already advertising the SSL application for social networking and selling it from $19.95 up to $150 USD depending on the browsing you use. How having an SSL connection will verify identity on the network is not clear, and put more simply by most private investigators, “garbage”. Https or SSL is good method to protect private information from hackers but this in no way protects against false identities, fake profiles and simply has no impact on verifying identity. Protecting data yes. Verifying identity impossible. To even claim that SSL can in some way verify an identity has drawn hefty criticism from law enforcement and international investigators. It’s time for social networking sites to admit there isn’t much they can do to verify identity, and focus on protecting privacy.

Experts say as long as sites stay free and subscription numbers are in the millions, there will never be any way to prudently screen all the members and profiles. There will always be dangerous criminals mixed among the honest users. Even on pay sites and popular social networking and online dating sites such as Match.com and Linkedin, there simply is no way to check to see if a profile is real and accurate. Investigators say be carefully what you post online, and assume it can land in the hands of a criminal. In addition, private investigators say be careful what you read, and it’s safe to assume it could be false, fake and fraudulent and being used as bait by a criminal. The internet is a lawless land, and law and technology is still trying to catch up with the risk.

To be safe on the internet and on major social networking sites like Facebook, reputable international private investigators like Wymoo® International say it pays to be skeptical. Never reveal your personal information on the internet unless you’re dealing with a verified individual or company. When in doubt, contact a professional private investigation firm for assistance. Services such as an international background check are specifically designed to minimize your risk online, and verify the identity of the person or business behind the internet, sometimes on the other side of the world. Due diligence on a potential business partner or company is also highly before engaging in any business relationship with anyone abroad, especially an unknown business.

The global economy is on thin ice and criminals are finding new and creative ways to steal your money and your identity. Be safe, and proceed with caution online and offline.