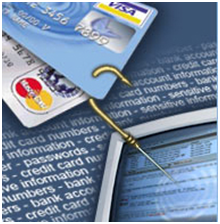 Cyber crime has surpassed the traditional form or crime in many countries around the world. A survey conducted by the government security department among British citizens revealed that over two million people have fallen victims of a scam or fraud over the internet, whether credit card electronic cloning, phishing and virtual auctions, romance scams, identity theft or account hacking. Countries like Britain and Germany are top users of the internet in the world along with the United States, though the extreme cautiousness of the Germans have kept them safer than most Americans, Canadians, British and Australians. The U.S. and U.K. rank as the leaders in internet victims compared to other countries, and sadly, the trend is only getting worse. The fact is criminals are advancing online faster than website security and law enforcement can keep up. One country that poses a major threat is the Ukraine, and caution is advised.

In Russia the panorama doesn’t look much different either. The internet represents good business for top technicians that develop anti- virus protection software and other security vendors on the internet, but on the other hand, Russia and the Ukraine are two countries widely known as one of the most professional and avant garde cyber criminals where romance scams and advance fee fraud are now a thing of the past, for amateurs really. The threat from the Ukraine and Russia is bigger, and criminals are after big money, targeting corporations and individual accounts.

Russia private investigators are very busy these days in their home country and also in the Ukraine. Clients range from multi-national corporations to small business owners to individuals. Internet extortion and hacking are the latest trend among criminals in the Ukraine, and it does not stop there. Russian criminals have now joined crime rings in other countries like China, Taiwan, Singapore, Vietnam and the Philippines, all together away millions from stolen credit cards, hacking bank account information and even extorting bank accounts holders in telephone scams. Investigators comment that even there has been some operations where over 1,500 fraudsters have been detained this year, criminals have become more effective, and the risk is high.

Security agencies around the world are starting to work together but it will take a long time for real progress to be made, according to industry experts and private investigators. The reason is that jurisdiction and language and cultural barriers make coordination among law enforcement a challenge, not to mention political conflicts where certain nations simply aren’t willing or interested in working together. Meanwhile, online scammers, fraudsters and extortionists will evolve and will become more capable and a greater threat. They target your account information, your personal data to be used for identity theft, and they are growing in number.

Investigators say internet users around the world need to understand that no site is 100% safe. Be very careful posting your private data on sites like Facebook and Match.com and other major social networking and online dating sites, where criminals often target potential victims. Be wary of suspicious emails and delete them. Never reveal your personal information over the phone or the internet to any person or business who has not been verified. If the person or company you’re dealing with is located in a foreign country, there is an increased risk for fraud. Proceed with caution and when in doubt, contact a reputable private investigation firm to discuss a Russia or Ukraine background check or due diligence investigation to minimize your risk online.

In today’s virtual world, it pays to be skeptical and cautious. Professional background checks are increasingly an effective tool in the battle against scam and fraud.