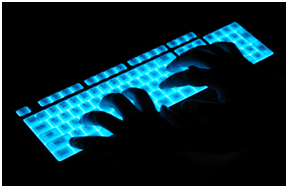 Perhaps it’s true, that there is some prejudice when people say Russia has the most hackers in the world. Law enforcement and private investigators admit it may not be the highest, but the statistics certainly confirm it’s at least one of the highest risk countries in the world, where hackers are not only a real threat, but also a praised part of the Russian society. Russia is a corrupt and inefficient country, now facing an apparent dictatorship from Putin, among other serious corruption. When Russian hackers are identified for breaking into a bank or foreign government’s computer system, or bringing down another website, they can even be viewed as heroes in Russia.

Unfortunately Russians have earned their reputation, and there is a lot of work to be done so that they lose their bad fame. However, most agree that little is being done, and if anything, the problem appears to be getting worse. By perpetrating ongoing scams since the internet began, Russians have become quite good at what they do. Poor economic conditions and high unemployment in Russia drives many talented young people to the internet, where they can use their skills to make money, illegally and unethically. There simply aren’t many other opportunities, they say.

Many of the beautiful Russian brides online are nothing more than middle aged men, overweight and lazy, but quite proficient in internet, hacking and scams. They specialize in stealing money from Australians, Americans and Canadians. But beyond prejudices, the statistics show that 35% of the crimes happening on the internet come from a source based in Russia, costing the world a total of $2.5 and $3.7 billion USD annually. This is serious business, and the criminal activity in Russia actually drives the costs up for consumers around the world. Someone has to pay for the losses, and it’s not the Russian. Companies in developed countries have to develop security systems and other costly measures to combat the fraud and hacking. That cost gets passed onto consumers, shows research by New York University’s SCPS Center for Global Affairs.

Hackers have become a powerful threat today, as everyday more and more important operations take place online. Russia private investigators say that it is not only citizens sharing content or writing emails or sending documents through the internet who are at risk, but also bank transactions, governments, and other important agencies. Defense departments, service entities and company networks have to develop defensive technologies. The threat is constant.

The truth is that most Russians have had strong aptitude in Math, technology and software development. If the political and economic situation can change in Russia, there’s a good chance that this mental capital could be used to propel the economy and advance the country. Until there is transparency and fair elections, the status quo should remain. Inefficiencies and socialist corruption left over from the former Soviet Union need to go, and then the hackers.

In the meantime, law enforcement and private investigators agree that Russian background checks performed by experienced and reputable firms can greatly reduce the risk in the region.