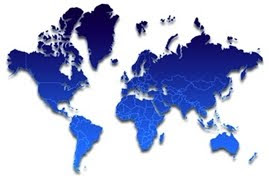 When companies want to start merging or the acquisition processes on domestic or foreign companies, prudent due diligence investigations can save both time and money.

In the fall of 2004, Lockheed Martin Corp was interested in buying a company based in the state of California and offered $2.4 billion dollars in cash and stock. Risk Management department advised that before moving forward, it was a good idea to verify the company just to make sure there wasn’t dirt hidden under the carpet. Lockheed followed the advice and in the due diligence process uncovered that top executives of the prospect company did some embezzlement overseas and led the Justice department to investigate. The company was not was it seemed.

Lockheed slashed the initial offer by $20 million and also conditioned to the company’s settlement with the U.S. government. The business in California could never reach an agreement with the Justice Department and Lockheed decided not to proceed with the acquisition.

This is a good example of the surprises that can arise when a company decides to merge or buy another one and they do their homework. This case is a domestic case of American companies doing business and risk could be detected on time and a good decision could be made to protect the investor’s reputation and millions of money. When a company is based in New York and the other in China or Malaysia, South Africa or Brazil, things get far more complicated. In international deals, the risk is inherently greater, so due diligence is even more important.

Domestic cases are rather straightforward and are often more of an accounting process. In international deals, verifying the numbers alone can leave significant risk on the table. After all, regulatory agencies and transparencies in Africa, Asia, Europe and South Africa are not the same as in the U.S. Verifying operations, reputation, facilities and offices is key. If the company looks perfect on paper, what does its office truly look like in Beijing or Moscow? Does it even exist? What do the company’s current customers say about the company? Is it real?

For companies that are interested to doing business abroad, more and more managers are realizing the importance of vetting potential business partners, both individuals and companies. Professional private investigation firms now offer international due diligence as valuable risk management tool for companies, and for global business, it’s smart insurance.

Poor economic conditions around the world, has led many companies to look abroad for cheaper labor, more profitable business deals, and new ideas and suppliers. When your new employee or business partner resides in a different country where customs, regulations, transparency and language are all different, it can be very hard to verify your potential investment or employee. In most cases, only a qualified professional investigator with investigators on the ground where you need them can verify, uncover valuable evidence and mitigate your risks. Reputable international investigators conduct international background checks and due diligence and have local contacts, speak the language, and are highly trained.

Paul Fletcher, Vice President of Due Diligence at Wymoo® International, says that demand for such services is growing. The company offers full service private investigation services in over 100 countries. “We have seen an increasing demand for international due diligence services over the past three years, ranging from corporate due diligence in global business deals to wealthy individual investors screening their investments for fraud or misrepresentation,” said Fletcher. “In many cases in international deals, a potential business partner, acquisition or investment is not exactly what it claims to be, and much is unknown or unstated. We bring those light.”

Be safe and skeptical. Verify, and then decide.