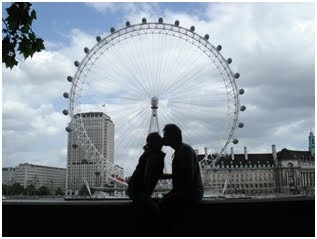 According to the International Monetary Fund (IMF), the U.K. is the seventh strongest economy in the world and the third among the members of the European Union, just below Germany and France. Through the years the British nation has been home to millions of illegal from Spain, Turkey and other countries from Europe, and Africa. The U.K. is the capital of the financial markets for Europe in many respects, and a strong link for those countries and the NYSE in America.

Nest to the industrialized world, Britain has historically learnt to go with the flow and remains a powerful country despite wars, inflation, taxes, middle ground prime ministers, media scandals and beautiful duchesses. The Brits in some regards have had their guards down. During this time of lax enforcement and awareness, immigrants have all but taken over the country, and online scams and fraud have reached out of control levels. UK dating scams are among the worst.

With half of countries in the old continent succumbing to bad economies, the British are now a prime target for internet scammers operating in Eastern Europe in countries like Romania, the Ukraine and Russia. Not to mention Spain, the Philippines, Malaysia and West Africa. Criminals from all over the worlds are mixing in with honest British folks seeking romance online.

A report by the Serious Organized Crime Association (SOCA, U.K.), claims that one person out of 50 has been a victim of online dating scams in the U.K. Considering the large number of subscribers, this is an alarming number of victims. There were 592 reported cases in 2011 of online dating fraud in which victims’ lost from £5,000 to £24,900 each, on average, and yet, SOCA affirms that numbers are likely much higher as not all cases are reported to authorities.

London private investigators say fraudsters see the U.K. as a very profitable country for romance scams just after the U.S., Canada and Australia, and advise to conduct dating background checks to very new relationships online. Internet criminals and scammers are increasingly using complex tactics to target potential victims, and anyone can be a victim. It’s best to verify.

Romance over the internet is a fact of modern life, and whether it’s Match.com, eHarmony, ChristianSingles, Zoosk or Facebook or one of the countless other sites for online dating and social networking, UK private investigators say it’s important for consumers to know that no site is immune from fraud. Subscribers need to be skeptical and not reveal personal information. Experts strongly advise against providing personal data or payment to anyone overseas without first having the person or business verified by a reputable private investigation company.