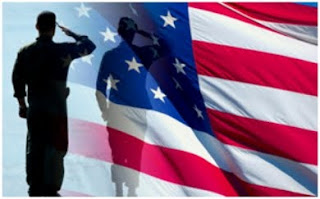 Ever been approached by a military man or woman over an internet dating site or social network?  In the U.S., citizens are proud of their brave men and women who fight for freedom around the world, and who risk their lives for the country.  Military personnel are respected and thought of as honest, loyal servants to our country.  They are in a sense more trusted than the average citizen, many believe, because of their dedication to the country and service.  Criminals know this, and that there has been an alarming growth in military and dating scams involving soldiers.
In some cases, the brave and handsome solider wanting to get to know you online, may not be a solider at all.  Internet criminals can assume the identity of a real military person to be used to conduct fraud online.  Victims trust these scammers because of the belief that they are communicating with a soldier in Afghanistan or elsewhere, and the victim wants to help.
Scammers use all kinds of strategies to convince their victims they are real and interested in a friendship or romantic relationship.  Criminals can be convincing and their tactics are rapidly evolving.  Fraud experts and law enforcement say that anyone can be a victim.  As with any relationship on the internet, it pays to be skeptical and always protect your private information.  Never send money to anyone you’ve never met.  If you think you may have gotten lucky and have started a new and meaningful relationship, dating background checks are advised.
International investigators warn that the red flags and warning signs of scam are not always present, and in some cases it takes the skills and resources and training of a professional private investigator to verify the facts and identity of the person you’re communicating with.
No dating website or social network site is immune from fraud, no matter how big or popular.  Facebook and Match.com, although widely popular with millions of users, have no effective way to verify all their members and subscribers.  The risk falls on the users, and so it is up to you to know the risk and investigate when necessary.  Military scams and growing at an alarming rate, and anyone can be a victim.  Females are the primary target, and victims are spread across the U.S., Canada, Australia, the U.K. and many more countries.  Be skeptical of anyone asking too many questions and very skeptical of anyone asking for money, for any reason.
The problem has gotten so out of control that even the U.S. Army has delivered a bulletin regarding online romance scams related to soldiers in order to educate the public on the risk.
Best of luck,