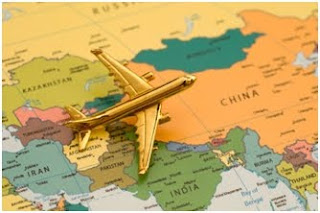 China recently surpassed Japan to become the second largest economy in the world, after the United States, and is a global leader in exporting goods and manufacturing. In 2008, the country became stronger by launching an economic stimulus to deal with the global financial crisis, focusing on increasing affordable housing, easing credit restrictions for mortgages, lowering taxes and pumping public investment into infrastructure developments. Last year, China was ready to develop an internal market with rapidly growing wages and has been rapidly increasing its standard of living.

The eyes of the world are focused on this growing market, and there continues to be a major influx of foreign investment. Scams and fraud are also on the rise, and many criminals are taking advantage of the situation, and international due diligence is more important than ever when dealing with China.

The majority of foreign investment comes from the developed nations, such as Australia, Canada, the U.K. and the United States, as citizens in those countries face their own problems at home, and investment opportunities remain limited. China, on the other hand, continues to boom so many investors and companies are pouring money into China without doing their due diligence and verifying potential investments, business partners, unknown business, and contact persons. The result can be a disaster, and in some cases, lead a company or individual into financial ruin. Scammers are busy on the internet trying to find victims to invest in fictitious companies and ideas, and the problem is growing.

Many of the internet based fraud and scams is targeting those looking to enter into the Chinese stock market, or the next big idea which will be emerging from China. Scammers and criminals are now a real threat when entering the investment world of the People’s Republic of China. Experts say it’s wise to consider a mutual fund or hedge fund to enter into the Chinese stock market. For direct investments, there’s only one way to be safe. Do your due diligence with an international background check.

One example of a popular scam is when a small company in Beijing or Shanghai starts some offices, pays for advertisement on buses around the city to gain reputation. Once they become a known entity, they look for foreign investors by accessing capital through a back door, or what’s known as a reverse merger. A private company buys enough shares of a public firm to essentially become publicly traded. That allows the company to pay a much lower fee to be listed than it would with an initial public offering. This type of scam has cost investors some $34billion in the last five years and has taken the NYSE and Nasdaq completely by surprise. Chinese companies enter the stock market in the U.S. but remain located in China, which makes it hard to verify their legitimacy, and harder to get justice. The Asian company will vanish and emerge again as a new small company looking for foreign partners and investors, and the story repeats itself. This is one scam among hundreds that are now common.

Out of the 600 global companies that enter the stock market, 189 come from China. And it’s true, most of the companies are legitimate. China needs investors, and the NYSE needs stronger rules when it comes to foreign companies. In the end, it’s up to the investors to be prudent and skeptical.

International due diligence conducted by a professional investigation firm or international background check company can minimize the risk and uncover potential red flags. This type of investigation can verify company ownership, legal registration, reputation, physical address, representatives and most importantly, reliability. Be safe. Verify with due diligence, and then decide.