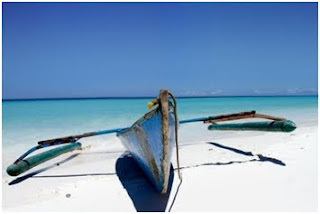 In the Philippines, the access to social networks and the internet has reached nearly all corners of the 4,000 inhabited islands that make up the Philippines. Philippines private investigators warn that the risk coming from the Philippines is significant, and Southeast Asia based criminals are using social networking sites like Facebook and MySpace and Twitter to target victims, where scammers make friends with online social partners, and then gain their trust, later to steal their identity and money. It is a frustrating tread, and investigators and law enforcement advise caution. Cyber criminals use these sites to gather personal data and information for cyber attacks, romance scams, and criminal identity theft techniques.

Users should avoid clicking suspicious links in emails, especially in links to shortened URLs in posted social networks or they could regret being victims of phishing scams and dangerous software which can be downloaded into their computer or device, and later provide the criminal or scammer everything he or she needs to steal funds from the victim, or gather sufficient data for identity theft. When dealing with someone in the Philippines, due to the increased risk, a Philippines background check is advised.

Shorten URL links really hide long rather complicated web addresses. These links are posted in social networks supposedly related to current topics that spark curiosity, and users click on them and the link is spread throughout all their contacts that, at the same time, target others by clicking on them and so on. This is another way scammers can access valuable personal information from social network users and also infect their mobile devices and computers with malicious viruses and malware.

The attacks originating from the Philippines, and worldwide, are up sharply. Smart phones such as Blackberrys and iPhones are now being used on the move, and consumers often use such devices for online banking and other sensitive financial transactions. This has been a profitable trend for criminal conducting internet fraud, say Philippines private investigators, as most users on a mobile device operate with less security than a home computer. The key is awareness and prevention. Law enforcement agencies recommend never to share your personal data on the internet with someone who is unknown or unverified, and be very careful regarding unknown emails or links in social media posts.

Philippines private detectives say the risk will remain, as cyber crime evolves with the changes in the internet, as well as with the education level of consumers. As soon as consumers recognize one scam technique, the criminals will find a new way to access your computer, steal your identity and your hard earned money. With millions of social network users, avoiding scams just got more difficult.