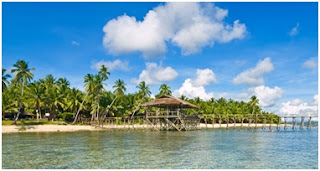 From the Locals to the Pros

Other “investigators” are locals who are desperate for work, and do their best with a cheap digital camera, the internet and phone. The experts, on the other hand, are usually former intelligence officers of the Armed Forces of the Philippines (AFP), and have received training at the NBI (National Bureau of Investigation) as well as at United States military and law enforcement academies in states like Georgia and Hawaii. Some are former federal agents from the U.S. who are Filipino born, and who have decided to retire in their native land. Because of the huge variation in quality and training, Philippines private investigators should be chosen carefully. Going with a professional is worth the investment.

Getting What You Pay For

The Philippines is a developing country, rife with fraud, scams, criminal activity and infidelity, and romance scams. On the flip side of the same coin are countless beautiful beaches, friendly women, and economic opportunities for foreign investment in Manila and Cebu. Because of the large difference in pay scale between the unqualified and uneducated versus the qualified and college educated population, prices in just about any service vary widely. In the Philippines, the old adage ‘you get what you pay for’ is perhaps more true in private investigation than anywhere else. Hiring a local Filipino with a cheap digital camera, who has no professional training or higher education, can be as economic as taking the family out for a popcorn dinner. When you receive the “investigation report” in an email, in the form of two poorly written paragraphs with no photographs or supporting evidence, be thankful you received anything at all.

Many such “bargains” are simply crooks eager to steal your money, or worse, they may contact the subject of investigation and blackmail you for more money. Handling sensitive issues such as background checks, due diligence and confidential private investigation or discreet surveillance requires professional training. There are risks involved and relationships at stake. Consumers should take precaution to avoid being a victim of scam or negligence, and understand professional Philippines private detectives cost more.

Finding a professional private investigator at a fair price can be easier said than done. Consumers should realize that among the dozens of options advertised, there are only 2 or 3 professional investigation and background check firms operating in the Philippines, and they are typically based outside the Philippines. Reputable companies of significant size and operations tend to base their company or incorporate outside the Philippines in developed nations like Canada, Australia, the U.K. or the United States. This is often done to be closer to corporate and individual clients, as most clients for investigation reside outside the Philippines. Business transparency and accountability is higher in the developed countries, and there is an enhanced level of trust in doing business, and stronger culture of client service. Companies owned or U.S. or U.K. managed usually have stricter hiring requirements for field investigators in the Philippines, and ongoing training is often mandatory. “The difference between a professional firm and local, untrained investigator in the Philippines is major,” said John Wallace, Director of Background Checks at Wymoo® International.

“We receive a significant number of clients who say they were scammed by a local who either didn’t do the job, or who were obviously untrained.” Experts recommend consumers shop carefully when looking for a real Philippines private investigator and to check references and search Google to see what others are saying about the company. If a company has no press releases on Yahoo, MSNBC or other major news outlet, chances are you’re dealing with a very small company or individual. If the website has no well regarded security seals such as McAfee, Truste or Better Business Bureau, it might be wise to keep shopping. Look for a secure payment method on the company website, not a link to PayPal or Western Union. Ask lots of questions and find out where the company is based. If you submit your payment to a Philippines based company and the service is unacceptable, you may not have any options to get your money back. Don’t shop based on price alone. Consider the quality of service and reputation, and choose wisely.