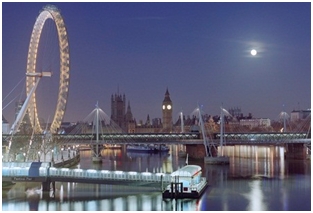 There is a relatively new internet threat which seems to be hitting the U.K. harder than all other scams and combined. Use of online dating and social networking sites in the United Kingdom is up over 100% compared to 2007, so there are now more people than ever in the UK online and starting new relationships online. It seems the entire country is wired to Facebook and Twitter. The subscription rate to match-making sites such as Match.com is also remarkably high. The growth in subscribers to these websites has been matched or even exceeded by the reported growth in online dating scams and romance scams , coming from the U.K. or involving the U.K. London based private investigators, in fact, admit that 5 years ago a request to investigate a romance scam was not very common. These days, they receive calls regarding romance scams on a near daily basis, according to one major London private investigation firm. UK private investigators are working more cases pertaining to online dating and social networking sites. Clients want to know who is, or who was the person they were talking to. Complaints at the MET (Metropolitan Police Service) in London also have reported a sharp increase in complaints involving romance scams and internet fraud.

Romance scams are old news, and only a dummy could be a victim, right? Wrong, say law enforcement and private investigators. Wymoo® International, a U.S. based company with field investigators in London, says that complaints and cases involving UK romance scams are up 35% at the company compared to 2009. “We’re seeing an increase in scam cases that have a higher level of sophistication, and more complex scam techniques are being used,” said John Wallace, Director of Background Checks at the firm. “Many cases involve professional criminals who operate in the UK as illegal or undocumented immigrants, and often times these people have ties to criminal organizations in Nigeria and other developing countries.
“Criminals are quite good, and their goal is to gain your trust, and then steal your money or identity. Experts say that even the most skeptical can fall for a romance scam or internet fraud. Often people publish private information on Facebook or Match.com or via email which they might not realize can be used against them. Once a criminal has your address, full name and date of birth, he is 3 steps closer to stealing your identity. Other romance scams follow a more classic approach, and once the trust and relationship is established, he or she will request financial assistance with a visa or passport, medical expenses, travel or education.

But, these scams won’t happen to me, you say. You only use the major websites that everyone else uses, and you’ve never had any problem. Letting your guard down is perhaps the telling sign of most victims of internet fraud and romance scam. Private investigators and law enforcement say to remain skeptical and be cautious in all online relationships. If there are signs of potential, and it seems like the relationship could develop into something serious, play it safe, and consider a background check or international background check if your partner lives or works in another country. Be safe and verify.