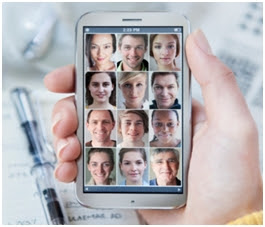 2011 has been a gloomy year from an economic standpoint, and there seem to be no clear lights on the horizon. Entrepreneurs and people in general are downsizing and cutting expenses to make ends meet. On the other hand, it seems the outlook for online criminals is brighter than ever, and the FBI and Metropolitan Police in London both say that internet scams and fraud are growing at an alarming rate. If one country stands out among a consistent leader in the world of internet scams, it is the Philippines. Philippines private investigators and the National Bureau of Investigation (NBI) say that dismal economic conditions have supported the growth in crime via the internet, and Philippines dating scams targeting social networks are on the rise.

In times of crisis, people are more vulnerable. They keep working hard and studying harder to have a better future. They hold on. Often people look for more meaningful lives and new relationships, and in today’s internet world, many people seek out new relationships online. Social networking sites now have hundreds of millions of subscribers. Facebook alone has over 750 MILLION users, so a large part of the global population is now on Facebook. What Facebook is and why it’s popular remains a mystery to many, and some see no point in posting meaningless information to have “friend” click on like, if they like that. Regardless, sites like Facebook are huge and connecting the world like never before. But, criminals are also taking advantage of the situation, and law enforcement and private investigators say scammers are on social networking sites in increasing number, looking for new relationships and new victims to scam.

Philippines private detectives in Manila say they are seeing a steady rise in the number of victims who have been scammed by a Filipina or Filipino they met on Facebook or Friendster, or similar site. Many scammers feel they have better success finding victims on social networking sites because these sites have less security, they are free, and victims have the perception that the sites are safer than paid match-making sites, such as Match.com. Experts say this false sense of security is precisely what lands victims in trouble. Many people go online to make new friends or connect with new people in different parts of the world. In some cases, what they find, is that their identity has been stolen, or the bank accounts drained and their hearts broken.

Internet is the promise to find good friends, best lovers and a better work with just a click. But the truth is that in many cases, not everyone is who he or she appears to be behind the computer. Experts say it’s more important than ever to verify the facts, and if a relationship shows signs of promise, consider hiring a reputable private investigator for a complete background check. Investigators advise never to send money overseas to anyone who hasn’t been verified.

In the Philippines, cybercrime has increased by up to 25% in the past six years. The Technical Intelligence Division of the NBI registered 144 cases back in 2005 and more than 240 cases in 2010. The number went from three to five cases per week. A growing percentage of those scam cases involved social networks such as Facebook, MySpace, Friendster and Twitter. The island nation holds 7% of the total number of Facebook users and is a poor nation, but also a country with widespread access to the internet, where even the poorest citizens are savvy internet users. Romance scams are booming here, and scamming via the internet is part of the culture. Experts say that most scam cases, a very large majority in fact, go unreported to police.

Be safe and stay skeptical online. If in doubt, consider a Philippines background check.