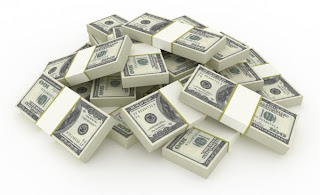 Thousands of people around the world have been victims of investment scams. Such scams can target individuals on up to corporations and the losses at the global level, annually, are staggering. An Australian fraud authority recently reported that in 2012 the losses related to this kind of reported fraud were close to $93 million dollars for individuals in Australia alone. Investigators say that only 5%, approximately, ever report the crime. And this number doesn't include companies and corporations, and this is the figure is just for Australia. When combining other countries such as the U.K., Canada and the U.S., and adding company losses, the numbers quickly get into the billions. The statistics are only the tip of the iceberg when it comes to scam activity.

Certain types of commodities, like oil and gold, have been used as easy bait by criminals conducting fraud. However, there is a wide range of approaches that a criminal will try to sell you; from coal to properties, to stock options, to cheap suppliers. Regardless of the offer the promise, if it looks too good to be true, then it probably is. With internet criminals quickly learning the most effective methods, being skeptical alone is no longer enough.

Investment scams succeed because it looks like the real deal, the one we are supposed to get just once in our lifetime. Or, it is the perfect solution to you or your business at the right time. For international deals, it is often impossible to verify the real opportunity from the con artist or false company unless you have an investigator on the ground in that foreign country to verify the company, management, legal filings, reputation, and offices and facilities. Evidence from a background check investigation can be a valuable tool in lowering your risk.

International investigators in London and New York are reporting a significant increase in scam cases involving false companies, fake stocks, fraudulent websites, and other investment scams. The threat is increasingly coming from countries like China, Malaysia, the Philippines and Russia, although investigators urge caution and say that no country is immune from fraud.

The goal of the scammer is always financial gain, but experts say be skeptical and remember the criminal doesn't have to ask for money to steal your personal data, money or even identity. There are many ways that criminals reach their objective. According to the numbers on Statistic Brain, identity theft victims in the U.S. alone total almost 12 million victims per year!

In other fraud cases, companies or individuals may send an initial payment or investment to a company or individual in Asia, and the money will never be seen again. The Internet is a great tool for investing but is also a perfect place for fraud to flourish. Be safe and verify.