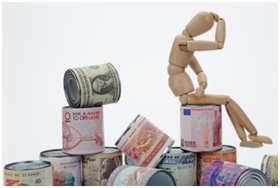 Russia and Ukraine based private detectives in Moscow, St. Petersburg and Kiev have witnessed one surging market amid a struggling economy: romance scams. Despite the high rate of unemployment and staggering economic growth, it seems that business is booming for the criminals. Demand for Russia background check and other verification services is up, as scammers take to the internet and target folks on match-making and social networking sites. The criminals objective is to gain your trust and then take you for every dollar they can.

It’s no secret that both nations are leaders of internet fraud. Internet criminals in Eastern Europe are professionals in the art of persuasion to get exactly what they want, and they are not only targeting rich Western men in romance scams, but along with their, let’s call it, commercial partners in China, these organized criminal groups are targeting small businesses and even corporations. Because economic investment and international business transactions is down, however, criminals are looking more to romance scams to defraud victims. Many websites like Match.com and Facebook have become the hunting ground for professional internet criminals. Whether it’s through identity theft or advance fee fraud, these fraudsters are experts at extracting the information they need to access your money, say Russia private investigators.  Anyone can be a victim.

Clearly, most Russians are decent and honest people, and have nothing to do with scamming people on the internet. It’s a case of a few bad apples ruining the reputation for the masses. Mixed among the population in Moscow, there are criminals who are masters at hacking, and once armed with personal and financial information, they can cost their victims thousands of dollars and serious emotional distress. The risk is real and these professional are now turning their attention to the relatively easier victims on social networking and online dating sites. Romance scams, it seems, are an area of expertise for Russian internet criminals. U.S. Embassy officials in Moscow have been receiving an increased number of complaints from citizens who have been scammed, and Australia and Canada consulates report a similar uptrend.

International private investigators have noticed that the scammers around the world are getting organized and are starting to work as crime cells. It is not a country alone anymore, which turns the internet even more and more insecure for its users. Russia is partnering with China, China is partnering with Malaysia and the Philippines, and the U.K. is partnering with Spain; and together the criminal networks become stronger and more organized, not to mention the high level of crime coming from amateurs working from internet cafes. Bin Laden himself had agents sending messages from internet cafes, so you can imagine the difficulty in identifying these people, since the CIA couldn’t locate the Muslim terrorist leader Bin Laden.

The response of offices like the FBI and different national police departments around the world and in Moscow and St. Petersburg has been relatively muted. Unfortunately law enforcement is still finding ways to stop these romance scammers, and experts say websites like Match.com and Facebook need to do more to protect their users. Knowing the risks and watching out for red flags, and keeping your private data private will help protect you.

Connecting with people, friends and fining romance online is a great option, but know the risks. If a relationship involves Russia or Eastern Europe, extra caution is recommended.