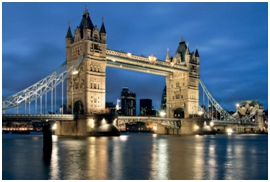 Internet frauds and scams from the U.K. keep rising as the economy worsens for the European Union and the U.K.  In the midst of a possible breakup of the Euro zone, bank runs, uncontrolled illegal immigration from developing countries, and other problems, internet crime and fraud are booming.  Perhaps the U.K. has other bigger fish to fry, but many U.K. victims are demanding their government do something to put the internet criminals behind bars, and online dating and social networking sites do more to protect users.  And the risk is only getting worse.
It takes guts, greed and certain strategic thinking to be a successful scammer. You also need to have certain expertise in internet marketing, psychology and a good source of internet access, that usually comes from internet cafés where it can be different to track your activity.  The availability of internet access all over the city of London, is a great advantage to the criminal conducting online fraud and scams, with even less ways to trace their location where they operate.
UK private investigators try to continuously raise awareness among the internet community, not only back home in Britain, but all over the world.  As romance scams are a growing threat in different parts of the world, targeting western countries mostly, it is important for internet users to know the warning signs.  The U.K. is an interesting market as it has both sides of the story; there are romance scammers located in the U.K. and also, there are many victims. Britain is the second nation in the world, after the U.S. that is most often targeted by romance scams, and loses millions of pounds each year from internet scams.  The global loss from romance scams and fraud is in the billions!  The exact numbers are not known, as most victims never report the crime.
Some experts explain that it is the gloomy weather and somehow the busy business life of average Britons that have kept them an easy target for scammers.  Scammers can operate within the U.K. or from Nigeria and Ghana, Malaysia or the Philippines, Russia and the Ukraine, South Africa, and so on.  British hearts get broke and their bank accounts drained along the way. It is no more about just getting spam mail in your inbox, but the intrusion and violation of trust and privacy.  Romance scams leave victims with a big financial loss and serious emotional heartache.
Dating background checks are now helping internet users stay safe in the U.K., and in fact, if the trend continues, the U.K. could see a meaningful drop in the crime.  More British citizens are now aware of the risk, and choosing to go with a reputable private investigation firm for background check investigation and due diligence, to be sure their online contact is legit.
Best of luck,